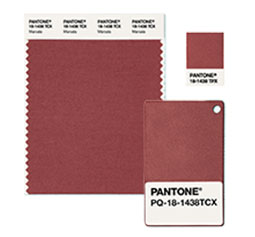 I think it’s fair to say that as marketing ploys go, the introduction in the year 2000 of a “Colour of the Year” by Pantone hasn’t really infiltrated our mindset in the way that might have been imagined. Don’t get me wrong, we all LOVE Pantone. What’s not to love about those fabulous colour swatches, bound into a fan deck which allows us to specify an exact pigment, tint or hue in a standardised colour reproduction system. Pantone began as a commercial printing company in the 1950s and their primary products still include the Pantone Guides, consisting of a large number of small thin cardboard sheets, printed on one side with a series of related colour swatches. The idea is that designers can “colour match” specific colours when a design enters production stage, regardless of the equipment used to produce the colour.

Gradually over the years the company realised that we equally love the look of the swatch itself and began to market products around this.

First there were the mugs. (a failsafe in any design office) 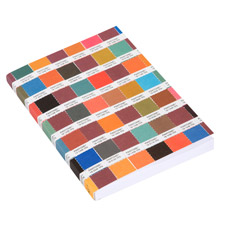 Then came a range of items from watches to notebooks, all in a variety of colour ranges.

Followed by phone covers and other techie accessories.

Since the initial introduction of the Colour of the Year in 2000, we have seen a range of colours suggested each year from Emerald (2014), to Mimosa 2009 and Tigerlily in 2004, each given the seal of approval as THE hottest new hew for fashion, interiors, fashion and graphics.

From now on when you hear this colour mentioned you will no longer think of that glass of wine you had on your last holiday to Sicily or that yummy desert with the gooey sauce you enjoyed but rather you will visualise the earthy rich red tones that are the colour of a deep and robust glass of red wine.

“Much like the fortified wine that gives Marsala its name, this tasteful hue embodies the satisfying richness of a fulfilling meal, while its grounding red-brown roots emanate a sophisticated, natural earthiness. This hearty, yet stylish tone is universally appealing and translates easily to fashion, beauty, industrial design, home furnishings and interiors.”

So, how might this colour translate into interiors? Well it is of course a warm, rich colour, earthy and seductive. It is stimulating and lively but it could also be perceived as demanding or aggressive. This in my opinion, means that a degree of caution wouldn’t go amiss when using it in an in an interior environment. Perhaps a case of less is more, or as a statement piece? A red brick wall perhaps or an accent painted wall or perhaps in a variety of accessories? Having said that I can see no reason why this colour cannot be used in just about every room in your home. The choice is yours of course but in a new series of blogs I will delve into this a little further. In the meantime you can get a selection of products for the home in the 2015 colour direct from the pantone website…